Many times the animals are a large part of the reason certain shows become our favourites.  I remember watching 'Mad About You' in anticipation of seeing Murray, the family dog. Marcel, the monkey in FRIENDS also brought me lots of laughs and I missed him when he left the show.
Now, for a trip down memory lane, here are some pictures of some celebrity animals (in no particular order) that brought a smile to generations of viewers.


Marcel - the monkey from FRIENDS

photo credit
After Ross (David Schwimmer) was divorced from Rachel (Jennifer Aniston) in this popular sitcom, he adopted this cute Capuchin monkey and named him Marcel. Things were quite smooth at first until Marcel's unusual sex-drive meant that Ross couldn't cope with him any more. He was eventually donated to the city's zoo and was later said to be staring in his own movie.
Free Willy

photo credit
This whale (real name Keiko) astounded everyone in its talent for performing in front of the camera. Free Willy had 3 film instalments and a 4th one is expected this year. This loveable mammal even inspired an animated series, making Keiko the most famous whale that ever lived. He won the hearts of movie goers every where.

photo credit
This Jack Russell Terrier reportedly chewed everything his owner owned and became a very unmanageable dog at home. None of this mattered though, when he found stardom on this popular American sitcom. Eddie mastered a bored stare which he kept reserved for his owner's (Marty) son.
Murray from Mad About You

photo credit
This border collie was owned by the Buchmans (Helen Hunt and Paul Reiser). Paul found him when he was a puppy and 'met' his wife while taking him for a walk. Murray is portrayed as a very dumb dog who's fixated on chasing an invisible mouse.
Mr Ed

photo credit
Allan Lane's voice was used for Mr Ed, a talking horse, who could only speak to his owner, Wilbur. Ed's scrapes and mischief served up a ton full of laughter for the show's many viewers.
Lassie

photo credit
Lassie was played by a collie called Pal and several of her descendants. Lassie was probably the most well-known animal on TV.
Rin Tin Tin

photo credit
This character was played by several German Shepherd dogs who were related to each other. This show became exceptionally popular on stories on radio, film and TV.
Skippy

photo credit
Skippy was meant to be a 'pet' kangaroo owned by a little Australian boy. Skippy was able to 'speak' to his owner and work with him to save people's lives in the reserve. People from 80 different countries tuned in to watch Skippy each week. 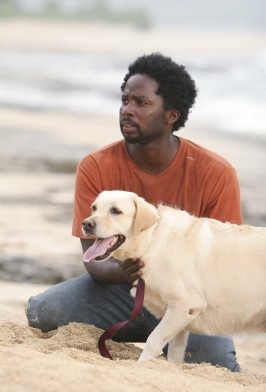 photo credit
In my opinion, Vincent is the cutest celebrity animal on TV. I adore his little face. He's a Yellow Labrador Retriever and has turned up at intervals to help or comfort the survivors on the Island.


Do you have a favourite celebrity animal? Is there any on my list that made a show more attractive to watch?

I love my fur buddies. There are a few here I haven't seen, but I loved Frasier's dog and Lassie. How about the move Beethoven? We had a regular sitcom with a dolphin and I cannot remember the dolphin's name right now...It was adorable.

Wow, some from my childhood there! Great animals, clever trainers.

WOW, I hadn't seen the pet kangaroo! I love Flipper the dolphin. ;)

I always loved Lassie and the Free Willy movies were great too. When I was young I used to watch a series on TV about a horse called Furia. The show was in Italian so it may have gone by some other name in other countries.

You're absolutely right! The animals are wonderful! And I think i have watched almost every movie/sitcom you'd mentioned here..!

I noticed from your profile that you're a Stephen King's fan too? I love his writings!

Clarence the cross eyed lion in Daktari was one of my favorites and I just looooooved Eddie in Frazier.

Yes, Silver. I'm a fan of the King. Thanks for stopping by again.
Monique, I don't think I know about that Lion, but Eddie was certainly one of my favourites.

I recognize most of them. Great memories.

Which one was your favourite, Medeia?

Marcel. I love monkeys, and I watched practically every episode of Friends.