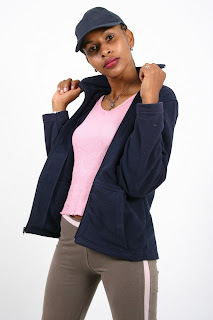 Christopher had suggested that we ask Uncle Daniel to buy my school uniform, because he had loads of money, so I wrote him a letter yesterday. I also had to tell him the bad news about Mammy being fired from her job. She was told that some teachers were being retrenched, and since she was near retirement age, she was to be one of them. She wasn’t too happy about this at all, I think that this is why she made me stand in the corner waiting for her instructions for longer than usual today, and when Theresa said something like I was getting too big for that now, she answered.
“Doan let that long thing fool you,” she spat over her shoulder. “She’s still stupid as hell. Look how she’s standing there with she long, ugly gaulin neck like she father! She want you to feel sorry for she, but I know better. She’s sly and stupid, and a curse to me life!”

I bowed my head, squeezed my eyes shut and waited for it to stop. I was twelve now, so I knew that if someone could say stuff like that while you’re standing right there, what hope did you have when you were not. But Mammy was right, I did want Theresa to feel sorry for me, I wanted her to feel as sorry for me, as I did.

After that, all I could remember was that I was starting to feel very faint. All kinds of dark, bat-like things were crawling around inside my head, gnawing at the space behind my eyes. I didn’t know what followed, but the next thing I heard was Theresa saying, “Anne, Anne, get up, get up.”
The first thing I did when I came to, was to make sure that Mammy was at a safe distance. I didn’t want a fat face today, because it was the day I would find out if I was to be made sub-prefect or not. I saw that she was busy stirring her pot of boiling ‘vegetables’ that Theresa had left to come over to help me up - as usual.
“Go and brush your teeth and get ready for school,” Mammy said over her shoulder. I got up, took an empty bucket from the bathroom, put on my flip flops that I had mended with new wire, only yesterday, and went downstairs to fetch the water for my wash.

When I returned upstairs, I carefully took my slippers off, put them neatly by the side of the door, then carried the full bucket over to the bath cupboard, being careful not to get too close to Mammy. It was hard to hide from her in a house where one person had to move to let the other one pass by. This week, there was a choice between salt or the washing-soap bar for brushing my teeth. As usual when money’s run out, these are the options. I prefer the washing soap to salt, because even though it has a horrible taste, it makes suds, which give you the impression that your teeth are being cleaned. I supposed that they were both better than chewing on a stem from a black-sage bush.

I picked up the bar of Zeck’s soap and rubbed it on my well-flattened out toothbrush. By the time I’d finished cleaning myself, Theresa was cooking the rice for my packed school lunch on the one-burner kerosene stove. The pot was a large one, almost full to the brim with water. We had save this thick, porridge-like water that had been strained from the rice, so that we could sweeten it, and drink it as tea. On its own, it’s probably not that good, but with a bit of sugar and a touch of hot water, it goes down fine. At least it’s something hot and sweet with which to start the day.

I wrapped myself the best I could, with the half-towel I’d had since I was little, and tiptoed to the bedroom, past Mammy by the sink, to get myself ready for school. Walking through the kitchen and the middle space we used as the living room, was the only way to get from the little hanging bathroom to the bedroom. It was very hard to keep out of her arm’s reach in a house that was only ten child-steps long. I had my skirt around my ankles when Mammy shouted out, “Come here!” from the kitchen. I knew she was calling me because she didn’t bother to hang a name onto the end. I yanked up my skirt, stumbling and hopping on one leg, several times while I ran to her with it half-way up my legs. I shouldn’t keep her waiting. Theresa had gone outside to the toilet and the rice she’d been cooking earlier, was ready to be strained.

We didn’t have a colander, so straining rice as generally a tricky business, especially when you actually wanted to use the water. Usually, to catch the boiling liquid, Theresa puts a bowl on the kitchen table, positions the lid of the pot so that it doesn’t quite close, then tips the pot over the bowl, keeping down the lid by holding a tea towel taut between the two handles. All the liquid then runs out of the corner of the pot’s half opened lid and into the waiting bowl. Mammy however, was going to do it different way. This way involved the same trick with the slightly opened lid, and her holding both the handles and the lid with tea towels. The only difference was that I was to hold the bowl under the pot to catch the ‘rice water.’ The scene that played out after this act was one of the most horrible ones in my life yet. It’s the part of the horror movie during which you close your eyes, because it was the part you didn’t want to creep up into your memories later when you were alone.

The scene during which you should close your eyes:

It is a green bowl, not a very big one. It is a lot smaller than the pot, and I am wondering if it would be big enough to hold all of the thick, boiling water. I stand, hands trembling, grabbing on to the sides of the bowl. Mammy tips the pot over the bowl. The weight of the pot - full of rice and water, shifts the bowl a little, but I steady it. I’ve got this.

A moment later the lid clinks, shifts, then slips.
A shower of thick, boiling rice water comes pouring down my fingers, like white, molten lava off a slowly erupting volcano.
I scream!
The instinct to let go of the bowl wildly flits across my mind, but the greater, more ingrained instinct of fear makes me hesitate long enough for Mammy to hiss, “Yuh better not let go of that bowl and make this rice water burn my feet, or woman! I will beat yuh life outta yuh!”
So, foolishly, I stand there and try to bite in the panic and screams, as the river of the bubbling, gluey substance keeps pouring down my hand, and the rest of it slips into the bowl. I watch Mammy move her foot out of the way. I look up to the galvanised zinc ceiling with its remnants of red paint that had long since flaked off and left, and yell inside the pit of my belly. I try not to feel the lava stick to my hand, and stick and stick.
The imprisoning, all-absorbing pain reaches my heart, slowing it down. Maybe it thinks that I’ve died.
I slip out of my head for a while. I have to, in order to escape to sanity.

Mammy continues to chew her lip and calmly strains the rice, I grind my teeth and listen to the animal groans coming from inside my throat.
Pour, pour it comes, sticking to my fingers, and boiling my flesh. I hear it boil, I hear it inside the very back of my ear drums. Then dribble, dribble, comes the lava, but she’s not done.
And it continues to boil my flesh.
But I don’t let go of the green bowl.

It’s now safe to look. The scene has passed.

Finally it was over. Theresa came in as I was pouring cold water over my fingers. The pain was indescribable. My right hand was badly burned. Will I ever be able to do my writing again, all my lovely essays and poems and the secret diary I keep in a Comrade Leader exercise book inside my school bag? Theresa looked at my fingers and said that I probably needed to go to the hospital.

More than twenty years later, I would be thinking that she was right, and that maybe if I had, I wouldn’t still be suffering with all the pain.

In my mind I knew that even though all my other injuries were explained as falling down the stairs, this one couldn’t be.
“She will be late for school,” Mammy replied. She should just drink the rice water, have bowl of rice for breakfast, and go.”

After breakfast, I picked up Sita from her house and we walked to school together. But all the way there I couldn’t help thinking about my throbbing hands and how ugly they would be when they healed up. I didn’t hear Sita shout my name when I walked into the car coming out of a side road.

Anne, another excerpt, another cliffhanger. You've got to get this book published so we can all read it. How on earth did you survive your childhood? Could you ever forgive Mammie?

Hi Dabrah, thanks for another huge compliment.

I always thank God that I survived without any emotional scars to pass on to my kids. I still experience pains from all my beatings, but this is 100% better than a broken spirit or mind. I can accept that with no complaints.

About forgiveness. I've done so a long time ago. How could I move on with my life if I didn't let go of all that bile.

One thing I'm sure of, if I really wanted to dissapoint Mammy, I had to do well, live a good life and be happy.

Now, by the grace of God, look who's won!

Another fantastic story that kept me glued to the screen. And what is going to happen next. I can't wait!

Dear Anne, everybody, in one way or another, has a bag of shit hanging on their shoulder.