This story can also be read 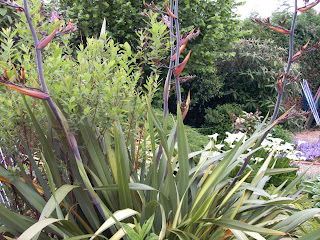 
He takes the largest, sharpest knife out of the cutlery draw and studies it. He then approaches the table where his wife and three children sit…waiting.


“Annie d’you want the leg or breast?” He asks his wife.
“The leg please… or maybe not… the kids like the legs don’t they?” I answer.
“Oh, let them cater to you for once. You have it.”
“Oh alright then,” I agree. I know he’s right.

“I want to say the prayer!” Momo shouts.
We all take each other’s hands around the table, Gabs, our son, grabs mine. ‘Queen’ is on the radio, it’s a song I haven’t heard in a very long time. Outside the Spring sun is bright, big, and golden.


“Lord thank you for our food, friends, and family. In Jesus’ name Amen.”
“Amen,” we chorus.


He continues carving the chicken, then dishes out the vegetables and potatoes unto our plates.
“Can we play Chinese Whispers?” Dan asks excitedly.
“D’you think they play English whispers in China?” John asks, smiling.
“Yeah,” I answer. “They go; ‘Fags! Lager! Stupid council tax!’”
John laughs, Dan looks at me with that puzzled look she reserves for situations like these.
“Who’ll start?” Momo enquires, holding a piece of chicken between her lips, almost reminiscent of Bogart with his beloved cigarette.
“Me!… Umm, actually,” Dan says, pointing to her dad with a fork that’s dripping with thick, dark gravy. “Let’s start with Daddy, then come around to me.”

We all follow. How well she’s trained us eh?
John puts the knife down, it points in my direction, and I can see it winking in the thin streak of sunlight, which escapes into the room through the Venetian blinds. He leans over and whispers in Mo’s ear.


Gabs looks over and smiles, this’ll be interesting. He’s got to tell me what he hears.
“Don’t you want some peas Gabs?” I ask.
“Yes Mummy, put it all in.”

I scrape half of the remaining peas out of the white bowl and unto Gabs’ plate. He instantly shovels them into his mouth. I could see from the corner of my eye, Mo whispering to her big sister.
Don’t you want some Momo?” I ask. She turns from Dan, screws her face up and says, “Naw!”
I offer them to Dan but before she responds, I know what she’d say.
“Pshhsss,” she replies.
“Oh Dani, try some,” John sings (all together now), “You can’t say you don’t like them if you’ve never tried them.”
“That’s true,” I agree.
But I dump all of the remaining peas into Gabs’ plate as I draw near to listen to what he’ll whisper to me.

“I walk to seet and I poo,” he says, and as the last person in the chain, I have to announce what I hear.
“What?” John laughs, while Bob Marley wails on the radio.
“What did you actually say Daddy?” Momo enquires.
“I walked down the street and saw birds,” John replies.
“You know Gabs,” I say to John. “Everything has to have ‘poo’ in it.”
“Right! No ‘poos’ or ‘bottoms’ or any of their relations.” I tell the kids.

“It’s your turn Mo,” Dan says, speeding things up.
Momo thinks hard of something to say, while John carves some more chicken, when he puts down the long, sharp knife, it winks at me again.


“Don’t like potatoes.” Dan pipes up as she pushes all her spuds aside. Momo then whispers into John’s ear.
“Mo aren’t you going to eat your potatoes either?” I ask the youngest of our family.
“Mummy, I don’t like potatoes, give it to Gabs.”
“I don’t want any more!” Gabs wails.
“Okay, don’t scream, we won’t make you eat her potatoes,” John reassures him quickly.

This time it’s John’s turn to whisper Momo’s message to me.
I tell it to Gabs.
“I love everyone in my family very much!” Dan shouts, after it gets to her.
“Ahhhh… sweet Momo,” John gushes.
“My turn!” Dan shouts.
“No it’s not!” Momo screams, convinced that her elder sister is again pulling a fast one on her.
“Yes!
It!
Is!
Momo,” Dan declares, pushing up her well-worn glasses.

“Do you want more chicken Gabs?” John asks, carving the remnant flesh out of the bird, which once stood chest-out, soldier-like on our table.
“No,” Gabs answers.
“No thank you!” How many times must we tell you son?” I cut in.
“No shank you,” Gabs says sheepishly, not quite making eye contact as usual.
“Mo, do you want anything else apart from chicken?”
“No thank you Daddy,” she replies with a broad, ‘you-can’t-say-no-to-me’ kind of smile.
“So you’re just going to eat chicken? You have to have a balanced diet Mo, chicken alone won’t do it.” I say, trying to remember how many times I’d sung that song before.
“But I don’t…”


Dan whispers in Mo’s ear.
“What?” she says and leans closer, chewing with her little rose mouth wide open, and her golden curls falling down over her eyes.
Dan whispers again.


“Hello… we’re still waiting. Aren’t you going to try some potatoes? Go on, just a small piece,” John says and he cuts a tiny piece of potato and attempts to put it in her mouth. She reels back, almost violently.
“Go on Momo, tell Daddy,” Dan says to her in the mean time, keeping as far away from the potato as possible.
“Oh yeah!” Momo shouts, the potato poison has obviously caused her to forget that she was still playing ‘Chinese Whispers.’


Momo whispers in John’s ears, he leans over to me, and whispers in mine. Christina Aguilera is bawling on the radio and Mo is dancing, her little hairy arms up in the air.
“Can I yeave the table peas?” Gabs asks.
“Yes,” I say, and whisper in his ear.
“Gabs stinks of poo!” he shouts, but then realises what he’s said. His face turns from victorious to indignant in a split second as the realisation finally hits his seven year-old brain.
“Oh Dan! We said no ‘pooing’ or ‘bottoming,’” John says, but we’re all laughing, I almost choke on my potatoes.
“Can I have some more gravy?” Dan asks, still laughing.
“Sure,” I answer.
“Daddy, Dani took all the gravy,” Momo screams, after she watches her sister drown the few pieces of chicken on her plate.
“Ahh, now I have to make some more. Dani your plate’s swimming in gravy,” John says, but he gets up and goes to the kitchen, leaving the knife on the plate with the now devastated pile of bones, which was once our Sunday chicken.


“Sorry, I didn’t know,” Dan says but she’s still giggling.
“Don’t worry about making any more,” I tell him. “Momo can share hers.”
“Gabs’s under the table!” Dan shouts.
“Gabs get out from under the table son,” I say, feeling about under there but not finding his head of woolly curls.

“Gabs it’s your turn son,” I tell the space under there, “Come out and whisper to me.”
“He’s had a turn!” Momo shouts.
“No he hasn’t babe,” I tell her, then I speak to the space again…

“Do you want some more chicken, beautiful wife?” John asks me.
“No thanks, you have it, love.”
“Daddy and Mummy sitting in a tree, k-i-s-s-I-n-g.” Dan suddenly starts singing - her parents’ tenderness to each other is a vile embarrassment.
“So?” Her dad asks, looking at me adoringly and smiling in that cheeky way of his, the way that keeps my heart racing even after 11 years of happy marriage.
“Dani and Timmy sitting in the classroom k-i-s-s-I-n-g,” I sing.
“NO!” She shouts, but she’s smiling.
“I thought you liked Timmy.”
“No Mummy!”
“I think you do.”
“Mummy, you’re silly.”
“Which one is Timmy?” John asks.
“The tall blonde one in her class,” I reply. “The one with the twin sister in the other year four.”


Gabs whispers in my ear.
I whisper to John, and he bursts out laughing, not because of what was said, but from whom it came. He tells it to Momo.


Momo whispers to Dan…
“You have to say it aloud Dan, tell us what you heard.” I tell her, trying to compose myself.
“Dani and Timmy ‘mumble, mumble, mumble,’” Dan says under her breath.
“Timmy and Dani sitting in a tree s-n-o-t-t-I-n-g!” Gabs shouts, suddenly aware that the Chinese whispers had given way to this other, funnier game.
“What’s that Gabs?” I ask.
“Snogging,” he retorts.
“That’s ‘s-n-o-g-g-I-n-g’ son.”
“I don’t like Timmy. Momo likes Josh! Wait that doesn’t fit!” Dan shouts in succession.
“You have to say the s and n quickly, then the two g’s together. So it’s Dani and Timmy sitting in the classroom sn-o-gg-I-n-g.” I explain.


“Look at me everyone!” Mo shouts, calling our attention to the fact that she is now standing on her chair and gyrating to Pink’s ‘Let’s get the party started.’
“Can I leave the table please?” Dan asks, taking her plate into the kitchen and getting ready for battle.
Posted by Anne Lyken-Garner

Just to say hi. I'll be back to read everything and make a comment. Am a bit in a hurry. LOL

Just read your post and I found it very engaging and realistic, but (my perspective coming out, I'm afraid - I write crime thrillers) I kept waiting for someone to use the knife when I first read it! I reread it and enjoyed it very much. I like the way you weave the Chinese whispers in with the dinner discussion, and the children's idiosyncratic eating habits.

Thank you for commenting on my blog. Visit again any time!

Thanks Middle ditch, I'll be round at yours as well, can't get enough.

Leigh, Ha!Ha!ha! I know what you mean. I've got an actual murder on my story "The Main Suspect" which is also on my blog. If you hunger for a bit of crime, read this one.

Also, (and this is not even fiction) there's a lot of violence in the excerpts of 'Sunday's Child' I'm afraid.

I just thought I'd post something happy to balance out all the torture and sadness of my story. Thanks for the comment.

I hope the happy feeling spreads into your life, Anne.

To be honest, Like Leigh, I too was waiting for the knife to be used. As per usual with your work this is an engaging story.

Anne, this is lovely. I agree with Leight Russell, the way you weave the Chinese Whispers story in and out of the dinner story is brilliant.

Thanks Dabrah, I wanted to do a feel-good, nothing kind of story. I'm glad you liked it.

Anne, I have come back three times to read this, and keep wondering where the "blinking" knife is going to lead. Hopefully, this part (if so) is fiction. I couldn't bear any more violence. As you say, the humor and light heartedness is needed to balance the childhood violence.

I have missed you. Are you all right?

HI Judy, The knife is just the tool my dear husband used to cut the chicken.

As with all short stories, this one needed a 'hook'. It would've been very plain without it, as the story is really about nothing.

All of it is true, I paid attention to the knife because it was my way of getting the reader to read on.

I've very recently had minor surgery on my right hand, so I need to lay off the typing for a bit.

Talk to you soon. Take care of yourself.
Anne